This is a topic I have been meaning to write about for a while but obviously I got sidetracked with moves and what not. It was something which unfortunately I didn’t head off at the pass and two separate conversations in the last week convinced me to get it done, so here it is…

When it comes to training, measuring progress can be a difficult thing to do – especially when peoples goals are constantly changing. What we thought was impossible 6 months or a year ago is standard practice to our present-day selves and once again we find ourselves looking ahead towards loftier heights. That’s human nature.

It is also human nature to look at our peers, see what they are doing and try and do better.

I can’t remember how this all panned out pre-internet era but these days its impossible not to see how amazing everyone else is doing. In this day and age with youtube, facebook, vimeo etc. we can keep track of everyone and if we don’t want to keep track, it normally gets thrown in our face anyway. It can get overwhelming. More than ever we are comparing ourselves against our friends (and foes) and that’s a worrying trend in my opinion.

If there’s one thing martial arts taught me is that there is ALWAYS someone bigger and badder and capable of kicking your ass out there. No matter how good you are.

I am a competitive so-and-so. Up until lately I would have a hard time admitting ANYONE is better than me at any given task. It was really quite ridiculous if I am being honest.

I’ve had a pretty humbling year training wise. We all  have something we are good at and use as a yardstick to compare ourselves or be significant in our own eyes and what we think, in the eyes of others. I am most proud of my physical achievements. They are my yardstick. I don’t know if it is because I am 30 and am mellowing (slightly) but I am finding myself, not so much not competing against others but happy to let others fly their accomplishments high and in many cases think or say ‘damn, that’s impressive’, not ‘he only did that because’, or ‘I could do that if …..’

Its actually quite liberating. I have been hearing the whole ‘check your ego at the door‘ mantra for as long as I can remember but it’s only really sinking in now. Really,  the best gains are made when people are willing to do this, to be totally honest with themselves and make an intelligent plan to move towards their realistic targets. 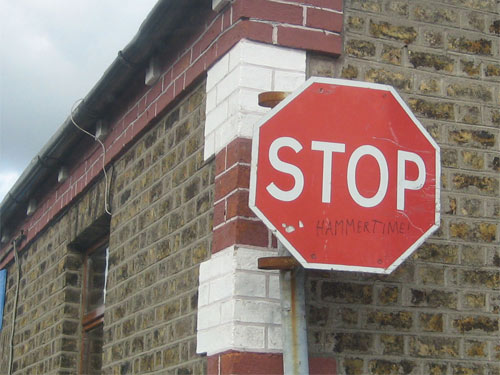 Stop occasionally, take a moment to look back and see how far you've come

There are times when comparisons can be healthy, at least to let you know you are going in the right direction. For example, recently one of the girls in the class was telling me she was looking at a website of an old gym she trained at and how she was looking at videos and now being able to accomplish greater physical tasks herself than what she thought, at one stage, would have been impossible. I was proud for her. In her eyes she probably didn’t think she was making much progress until she saw that.

This is where I would strongly recommend – to the point of nearly making it compulsory – if you are serious about your training, you NEED to keep a training journal. I have had people come to me recently getting frustrated with a perceived lack of progress – they are comparing their current achievements to people that have been training significantly longer. When I point out the progress they have made, it dawns on them about how well they have actually done. A training journal really helps keep things in perspective and avoid getting frustrated over nothing. At the end of the day you really are only competing against yourself.

There is a simple formula  – be better than yesterday. Follow that and you can’t go wrong.

It’s good to be inspired and see people you can relate to doing extraordinary things and congratulating them and then striving to do the same. There’s nothing wrong with that. It becomes wrong when you obsess about it and it becomes a stress and a burden that ultimately derails your training. Remember guys, this is also meant to be fun…