In a previous blog post I listed an example of what I eat on a daily basis. It is clearly a lot of food (for a human at least). Because of that, I can expect to spend about 1 hour and 30 minutes a day preparing food, and about 3 hours a week making trips to the shop for food alone. I spend another 2 hours or so a day consuming food, snacks and shakes. Minus 8 hours for a sleep, 8 hours of a Monday-Friday job, 1-2 hours of training, an hour of washing/dressing/changing and about an hour of car-time, it doesn’t leave much free time left. This is the way I have lived for the past 72 days, without a day off.

Unfortunately I’m not an unemotional automaton, and I do feel lazy about having to spend so much time around the diet and I do get cravings for something made by someone else and preferably deep-fried.

Here are a few things that I have sacrificed/reduced since then, and how I’ve countered them somewhat: 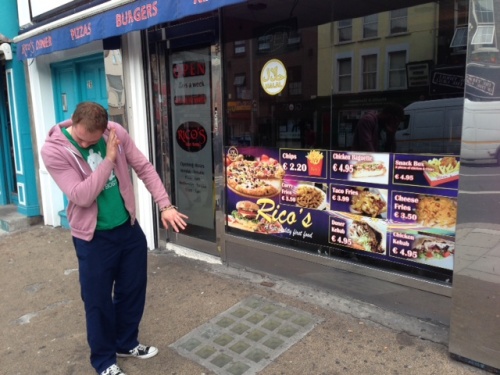 I’m sure there’s two words in your head right now (apart from “f**k off”) and that’s “wishful thinking”. It sounds very simple above and a lot easier said than done but the beauty of it is keeping it simple. Whenever I’m stuck to my bed or on a couch and I have to pause Breaking Bad, get up and go to the shop to get a sweet potato or something similarly small to make up the diet plan for following day, I just have a phrase I say in head which brings every action back to my goals:

“This is where I want to get to, and this is what I have to do”.