The following is an excerpt from a really touching email I received from one of our distance members a while ago. Some of you will remember Roberto and will have trained with him at some stage. With work, Roberto travels across the globe and generally for months at a time but whenever he is in Dublin, he always stops by to train. 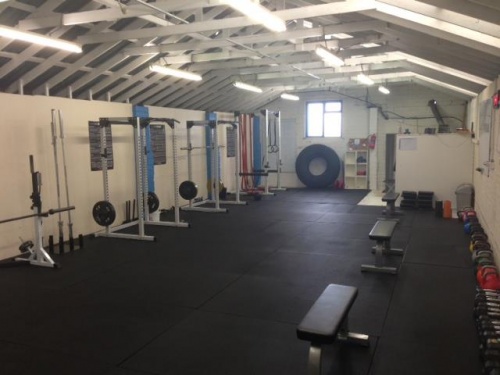 The inspiring thing about Roberto is that he lives with severe arthritis in his joints and this limits his mobility greatly. The amount of effort he puts into his own training, combined with his great attitude (no sign of feeling sorry for himself at all) has seen him make some great gains in his strength and mobility since he first trained in the gym.

(*Due to work, Roberto would prefer if I did not post pictures of him training or use his surname…)

My name is Roberto _ , I am from Italy, I am 38 years old, and affected by juvenile arthritis since the age of seven.

I had the luck of living in a positive and motivating environment and family, where the arthritis was something to face as much normally as possible, accepting its difficulties rather than making it a central aspect of life or even an excuse.

Since I was a kid I remember how much into sport I was, fighting, playing and with a typical competitive mind. Juvenile arthritis interrupted this attitude, forcing somehow an early maturing on my character and I naturally turned more into study and milder physical activities. Pain significantly affected the perception of my own body and consequently the confidence on its capacities, even if I was able to maintain a decent activity level especially through swimming.

Things changed thanks to biological medications, a real turning point for me. And it was amazing how I rediscovered a relationship with my body that was probably interrupted since my childhood. Running, cycling, going to the gym became like a pleasure rather than a discomfort. Still I felt I could do more, and in particular I wanted to feel a bit stronger and less fragile. I consider myself lucky not having been too much affected by arthritis as several “colleagues” I have met during my many hospital visits; yet all my joints are basically limited in their range of movements at different levels of severity.

So a nice coincidence happened more than two years ago in Ireland, during one of my visits to Dublin where my girlfriend is currently working. I was looking for a place in the area of Rathgar where to practice a bit of ‘functional training’ about which I was hearing recently,  and through internet I found the “South Dublin Strength and Conditioning” facility. What a positive surprise it was: simple and efficient set up, informal atmosphere and most of all a smiling and open minded coach, Mr David McConkey. I explained my particular condition and the need of “special” attention to him, and with spontaneity and professionalism he guided me through new exercises and workouts while training with other people. Time by time when in Dublin I was going again, and more and more I was learning new drills and functional movements that I could do again at home in Italy or abroad when travelling for work, and with specific adaptations or scaling down when necessary, as suggested by Mr McConkey.

I honestly had never thought of squatting a barbell on my shoulders with a full knee motion, or performing pushups in a row, doing pull ups or keeping up my own body on the gymnastic rings. I do not consider myself exaggerated or fanatic, I am perfectly aware of my limits and the “delicacy” of my joints. It’s just that gradually I was able to explore and extend my limits, gain strength and flexibility in a natural process, under the guide of a sensitive, curious and keen coach, who was able to observe my functionality and understand it, while encouraging small but significant progresses each time.

…I am sure that many other patients can do much more with their joints and get instead huge benefits from these kind of exercises, starting mild and gently and then growing in intensity with attention under proper supervision. Feeling stronger is a completely new thing for me, and it makes me feel much better too.