I always find myself at this time of year looking back over the past 12 months and scheming for the next 12 – original, I know. Last year I wrote an introspective piece about my own personal experiences. I may do the same over the next few days but I won’t get a chance before the calendar says 2017. Celebrity deaths aside (I just about managed to keep my shit together) I had a great year and the gym saw another successful 12 months. I sent out these highlights on our gym newsletter, but for folks not on the list or outside of the gym, here is a little look into what went on in SDSC in 2016…

The gym has seen its busiest year yet but not without things I would like to improve on and refine in 2017 – like I always say, expecting perfection will lead to disappointment but striving for excellence is a desirable (and ongoing) process.

Looking back over the past 12 months though, I can say we are all going in the right direction!

The year started strong with monthly challenges and prizes. Some more coveted than others… 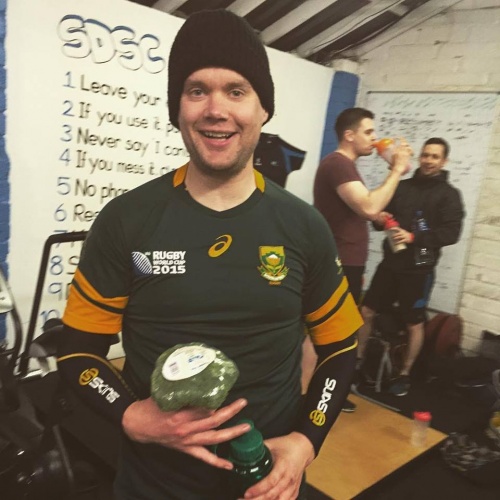 We also had our first gym wedding with Dave and Ciara, where Jason and myself were kindly invited and got to join in with the celebrations. After a 2 hour detour. 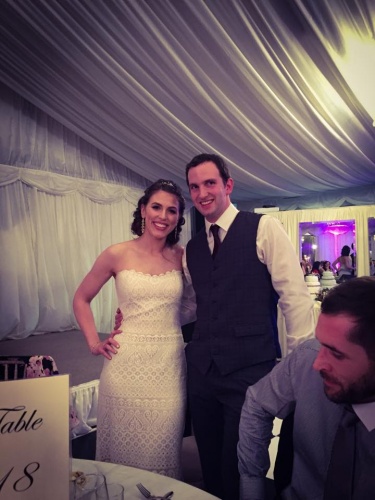 A brilliant day – when we finally found our way there.

There was also some of the gang competing in the IDFPA nationals earlier in the year too, with Joe nabbing a prize! 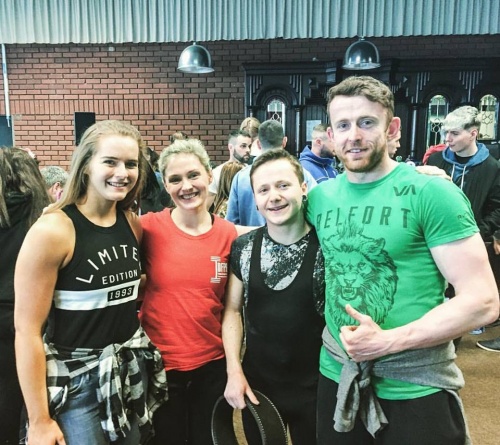 First powerlifting competition of the year

This was the first year we decided to raise money for Aware with our 1 million meter row challenge. It ended up being a huge success – our admittedly modest target was easily surpassed (we managed 1,246,257 metres) and we also raised more than we initially intended, again, a great achievement for a small gym. This is definitely something that I would be interested in doing again next year. 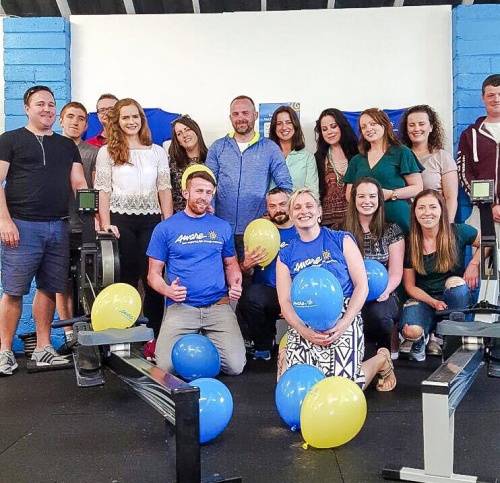 Proud (and relieved) to hit – and surpass our target.

We had a few gym nights out and behaved ourselves for the most part, although I think we are still a bit of a way from forming the SDSC bowling team. 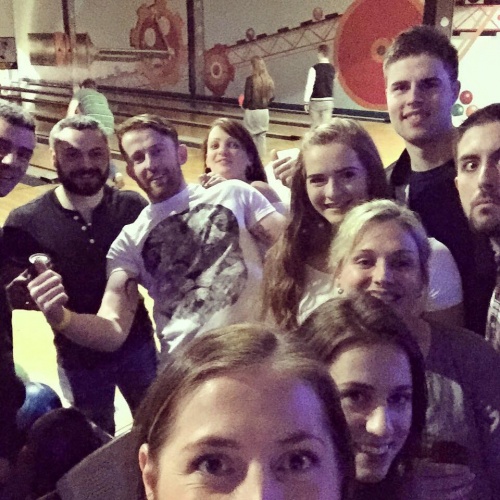 It was all going well until the alcohol hit…

SDSC celebrated its 5th Birthday at the end of the summer and it will probably take me until next summer to fully recover. 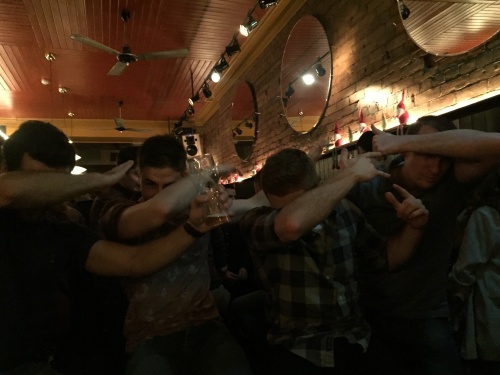 The United Nations of Dabbing

Speaking of birthdays, we have started to celebrate everyone’s birthday complete with personal workouts and birthday treats – quickly becoming another unique SDSC tradition… 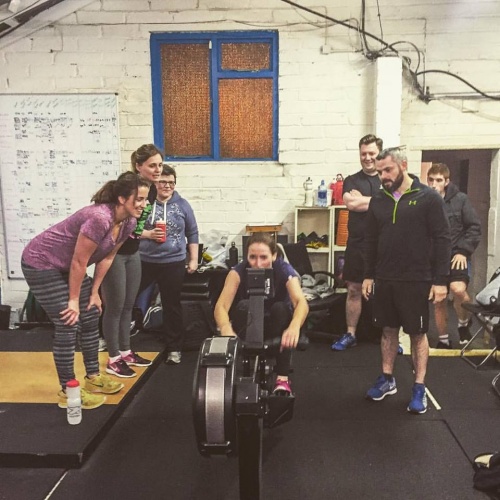 We ran another 28 day challenge in November, it was the biggest and undoubtedly the most competitive yet. There was great progress made across the board and a serious effort put in from just about everyone. In the end it was the guys who took the top spots, with Shane winning and JB coming in a close second, Claire B led the way for the girls. 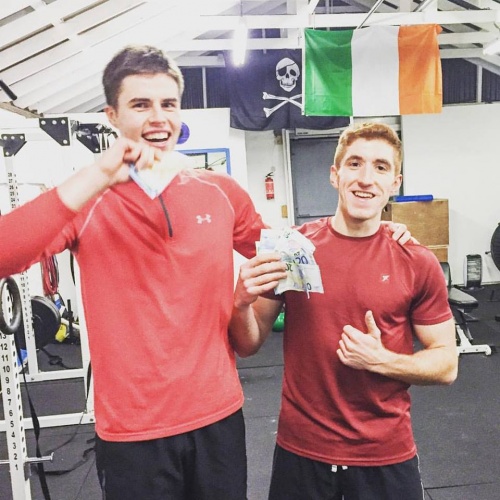 JB was so hungry after the challenge that he had to eat the prize.

After the success of the challenge we kept the momentum going with the 12 (15) workouts of Christmas. Again, something new that we tried out this year and for the folks that were around, it was another success. Some of you really stepped up and did brilliant, between new and long time members there was serious determination to get through the list of workouts, with some of you doing 2 or 3 in one class! 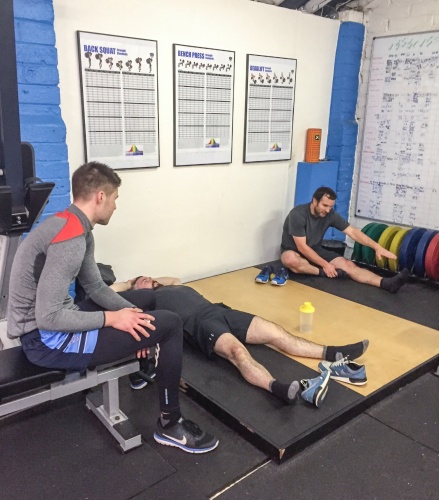 The guys having a great time.

In the midst of the Christmas workouts, we had our gym Christmas party. The day started in Phoenix Park, where a group of us took part in the Christmas Aware run – definitely something I would like to do again next year. 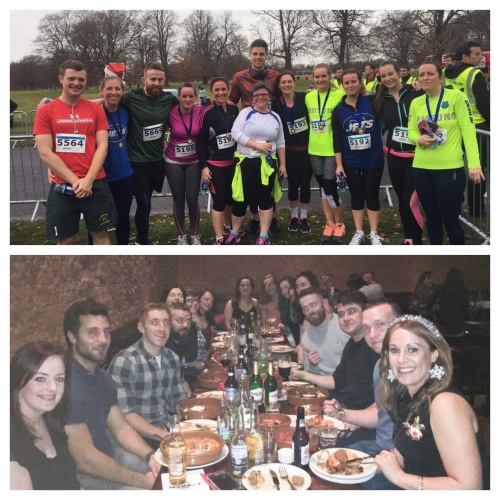 A great day to see out the year!

As part of striving to deliver the best service possible and create an experience that goes further than just a gym ‘session’, we have added to the equipment in the past couple of days, with more storage, barbells (there are no 18kg bars in the gym anymore!!), a new assault bike and 2 ski ergs! Without a doubt, per square foot, we are one of the best equipped gyms in the capital, ok were a small gym so that is probably a technicality but we are undoubtedly the best equipped in the area with a team of sensible, amiable, knowledgeable and experienced (and extremely good looking) coaches. Along with bringing in more equipment, we will be up-skilling again in 2017. 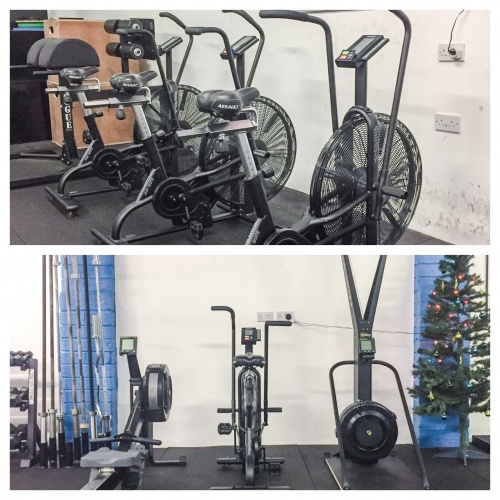 Looking back on the photos, it really has been a brilliant year. The gym has been improving steadily and along with that, there have been some really impressive records made and broken in SDSC. 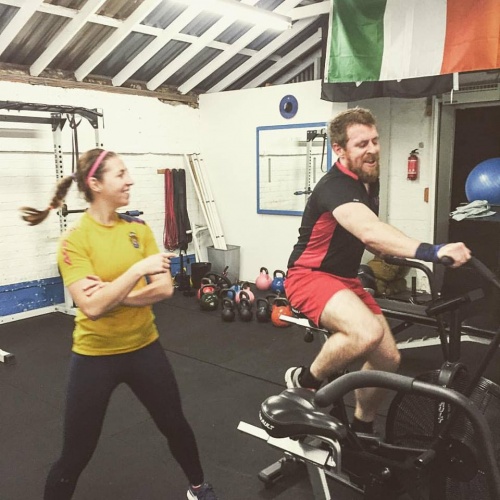 As with everything, there is a life span with members, the process is cyclical – some going, some returning and new faces coming in. I know there are a few more folks moving in the New Year and as with everyone that leaves, I miss them a lot! I invest time and get attached to everyone that comes through the doors and want the best for them, so when it is time to move on it is tough but as I said earlier, that’s life! I hope we have managed to help everyone that has come through the doors of SDSC in some shape or form over the years. I am really looking forward to helping many more in the coming years as we expand and look to reach out to more folks.

Finally, a massive THANK YOU again, to all of you guys that have supported the gym over the past 12 months (and further back). The fact that you have chosen the gym to help you with your health and fitness goals means a lot, I will continue to deliver the best service possible as I strive to be the best coach that I can be!