So we hosted Jane again this year for another one of her Project Row and Project Ski weekend seminars. If you follow Jane on social media, you will already have a good insight as to what she is about in terms of her personality and her coaching on both the indoor rower (erg) and skierg. I won’t delve too much into technical presentations as that has been done before. This year I held more of a passive role as host and got to take more of a step back and observe her coaching in more detail.

One thing that struck me when chatting to her was the attitude to learning from a female. I observed lots of things throughout the weekend but a combination of this and talking to Jane helped me to understand the difficulty of coaching males as a female. I am faced with the reverse, that presents its own challenges at times but not on the same level.

Being a coach or the ‘leader in the room’ you can be a target. I see this more in the Brazilian Jiu-Jitsu world – the young guys coming up through the ranks, constantly challenging their seniors. I don’t think it is inaccurate to say Jane fervently promotes her methods on the rowing machine and the skierg so she is actively representing and defending her technique at every seminar.

I have chatted with her numerous times about this is and as a friend of hers, I can see how tiring and demanding of her energy this can be. If it was as simple as only being able to learn from someone stronger than ourselves, we would be in trouble – and as a coach, if we are doing our job properly, we would be out of people to train pretty quickly.

This defending of technique is more contentious on the Skiergs as we (fitness professionals for the most part) are all still finding our way on these machines. Like most endeavours, there are layers of complexity involved and the Skierg is causing a bit of a stir in the higher echelons of the fitness fraternity. Currently there are two main styles that I see – called ‘Nordic’ and ‘GPP’ and there are vociferous proponents for each. The main advocates are pushing their own brands and methodologies, so there is an emotional attachment to each. We will come back to this shortly. 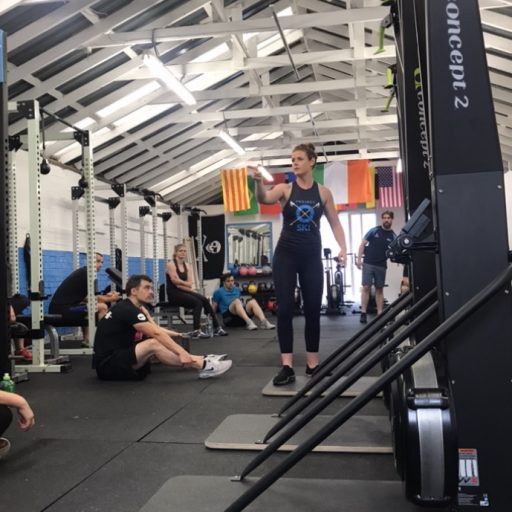 Jane has a superb coaching eye and an ability to make technical adjustments to someone’s movement, which stick almost immediately. I had not seen Jane in over a year and within 5 minutes of her being in the room, she had literally made some corrections to members technique (that I had been trying to convey for a lot longer!) and improved their performance immediately. This is truly world class coaching.

From my perspective I was looking at what she was saying and what cues she was using to effectively convey this information so quickly. These were the real nuggets that I picked up from the weekend – this is what I wanted to take from the seminar this time, pick up some of her ability to coach concise and effective cues and look at more detail at her verbal and tactile corrections.

I realise I am talking about not letting dogmatic thinking cloud judgment or to be attached to any one way of coaching but another extremely useful nugget that Jane mentioned – which I know went over a lot of the attendees heads, was that as a coach, you should have a mental checklist for each erg (and movement) in terms of technical proficiency, common faults and corrections. Almost like your own coaching syllabus. This can be an extremely useful reference point and can go a long way in speeding up the coaching process and systematic progressions. This is counter to the ‘just wing it’ approach. Especially for a new coach or someone that coaches groups, this can be an extremely efficient time saver.

As we all know, Janes energy is infectious and again, from a female point of view, having our own members see a woman of her strength and fitness perform in the same workouts as them was inspiring – and this is just something I will never be able to achieve, so I love it when someone like Jane gets to come to the gym and provide this boost for the ladies here. 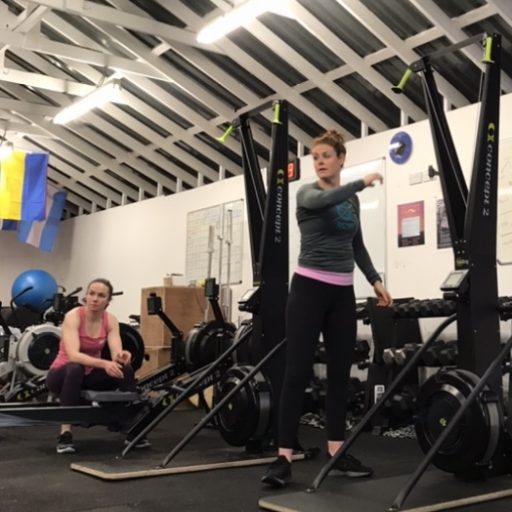 In all transparency, there is nothing that I would do differently from Jane’s coaching in terms of the erg. Her cues and technique are excellent. I have learned so much from her initial seminar that I feel as though my own coaching and performance on this machine has improved immeasurably over the past year.

In terms of the Skierg, this is where things get a little more ambiguous. There are growing divisions amongst trainees and coaches in terms of what’s best – GPP or Nordic styles. Truthfully I can see the arguments for both. I have been mulling over this for a while and there are various reasons – I have no brand or no skin in the game essentially so I feel as though I can be a bit more impartial or at least give an outsiders view point.

In brief, I feel as though the Nordic style favours larger athletes and the GPP style favours smaller athletes – needing to get more bodyweight involved in each stroke. If it is as simple as that, then why not GPP for larger folks? Again, I am not talking in absolutes here – if larger folks want to do that then more power to them (pun intended) but I think the increased range of movement for a larger being will lead to faster fatigue. A smaller person will not be able to generate as much power per stroke with Nordic style.

Of course this is not absolutes and it is entirely possible to switch between both as the workout demands – tired back or calves? Switch to Nordic – need a few more power strokes to drop a split – maybe incorporate some GPP style strokes.

I have personally found the finish position in GPP tough on my lower back and the ROM hard to maintain aerobically (and my calves go on fire). Playing with the Nordic style, I find it hard to produce a consistent force curve and a lower split. I am in the process of implementing higher stroke rates and connecting the dots in terms of stroke rates controlling speed (as mentioned by Cameron Nichol for rowing and Justin Farina for the skierg), so I may adjust this opinion in time.

Some things that these styles do have in common is that there is an emphasis on no over-extension of the arms in the finish position. This is really just wasted energy and won’t translate well to extra meters on the erg (although it will give you a sick tricep pump, if that is what you are looking for).

Another thing to avoid is the butterfly technique. This is rampant in Crossfit and GymJones circles and I am not really sure why. I know that the argument for is that it ‘winds up’ the lats – but does it really? Also, I think almost everyone is in agreement that the most efficient path from A to B is a straight line. Not a butterfly shaped line.

I would recommend experimenting with both and seeing where you feel comfortable. And also, these are my current observations to date. I have learnt over the years not to talk in absolutes and I am open to new approaches or being corrected if it means more efficient skiing and better times on the leaderboard.

One of our guys in here has competitive times on the Skierg world leader boards and he has a sort of hybrid style, somewhere between GPP and Nordic. We could call it General Nordic although one of the other guys coined it ‘The Cobra’ and that sounds better 🙂 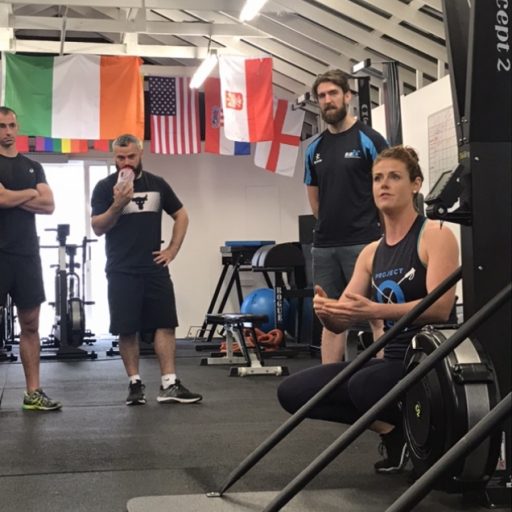 Jane is an exceptional coach and world class in her field. I don’t use that term lightly. I have been around many renowned coaches over the years, across the globe and she is up there with the best. For full transparency I also consider her a good friend and I know it will probably upset her to see me take this skierg stance (or non-stance) but I also know that she would see through any lies in order to placate her too.

Again, I know she may get a bit upset that I am not entirely sold on the GPP style personally but I have members in my gym that I would coach to ski that way – I am not married to any particular technique but more to what the individual needs in terms of anthropometry and workout requirements.

Over the years I have seen that becoming too attached to any one way of training can become problematic and not to mention, the longer we are training, the more we can drift from one methodology to another and that is ok. This time last year I couldn’t even take myself to get on any erg for 500 meters. I could think of nothing worse. For the past few months I have been on ergs almost everyday and love them! This is ok.

Another thing that I have learnt from my martial arts journey is to always maintain a ‘white belt’ mentality – be open to learning something new from anyone – at ANY level. None of us have everything figured out, in fact the deeper we dig, the less we realise we know, but that is exciting too!