Recently, members in the gym took part in a body composition challenge – I loathe these challenges for numerous reasons but members lap them up and over the years I have set the tone of the challenge as being a spring board to implement realistic and sustainable changes over the LONG TERM with the aim of educating the participants as much as possible instead of providing unsustainable ‘hacks’ to drop the most amount of weight in the shortest period of time.

When the dust settles on these challenges it gives me a bit of time to reflect on the process and I always glean some new insights.

In truth this is an article I have been putting off writing for the best part of a year but in order to tick off the new years resolutions early this /next year, I am striving to overcome my crippling bouts of procrastination.

These challenges are always a success but the one question that keeps coming back to me is ‘what is my current body fat percentage?’ or ‘what percentage should I be aiming for?’

I always cringe a little when I hear this as usually these questions have no real context – what are your goals? where are you at currently in your training?

I have a huge hang up with giving out the overall percentage to individuals, for a variety of reason which I will finally go into here. Again, there are my own observations and experiences in over a decade of monitoring this.

A few years ago I did an assessment module with James Fitzgerald (opexfit) and he said one thing around body fat percentage which really stuck with me – ‘I do not like giving out body fat percent as a number to clients as it can create emotional turmoil’.

The above sounds extreme but it brought me further back to my first year in the fitness industry, working in a commercial gym, where I had to take caliper readings for a gym member who was booked in for a re-assessment. Now looking back this whole process was doomed to failure for numerous reasons – mainly no consistency. No consistency in trainers taking the readings, no measured time between readings, different times of the day and then cheap equipment etc.

Long story short, I informed this particular client that her body fat was 27 percent (I still remember the number 12 years later) and she instantly hit the roof, her demeanour changed as dramatically as a Mogwai eating food after midnight. Apparently the ‘other’ trainer had previously told her she was 26 percent so a rise in 1 percent was completely unacceptable and my manager had to have a word with me. 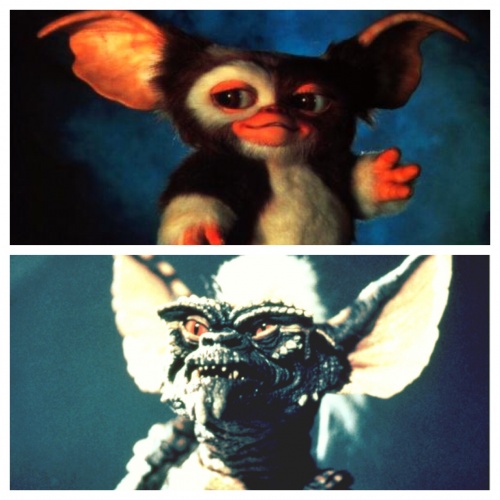 A Mogwai and a Mogwai eating after midnight…emotional turmoil at its finest.

So apart from unearthing deeply traumatic memories of emotionally and mentally unhinged human beings, it certainly made me very cautious of throwing out a seemingly trivial number at will. It also revealed a huge insight into human behaviour around food and exercise of which I have observed numerous more in the decade since (too much to go into in one blog post!)

So to back track a little, to measure body composition here at SDSC we use a Harpenden skin fold calipers. I take 9 sites for men and 7 for women and use the Durnin and Womersley calculator (only because that formula came free with the calipers software). 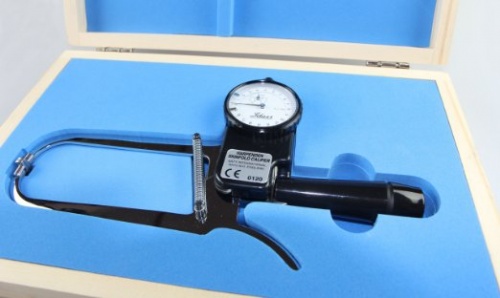 Ignorance is bliss and I was perfectly happy with this process until a body composition challenge a few years back where two (competitive) housemates were participants. Both were very similar in size, abilities and body composition. At the end of the challenge one came in at 3% more than the other.

Of course my methods were challenged and I went away to analyse the numbers and see what was going on. After some tinkering I discovered that one was 29 years of age and one was 30 – so happy 30th, you are now carrying 3% more body fat, no questions asked.

It is assumed (there is that word again) that as we age, we are losing bone density and muscle mass and this is contributing to a perceived increase in body fat.

So the formula is not quite as presumptuous as a BMI scale but now I was beginning to see a glaring shortcoming in my process. It is worth noting we have some very strong and fit individuals in their 40s training at the gym – just out of the gates they are way ahead of their peers for doing the training we do here but due to age, you may as well discount what the formulas have to say to a large extent.

This age issue is a huge flaw for me. Members in their 20’s (and who are a bit leaner to begin with) will always get the most ‘accurate’ estimate. Once individuals are a bit older or are more overweight, the calipers and formula combination will be less accurate.

Depending on the clients start point, I may just chose scales or measuring tape over the calipers full stop.

So if there are massive glaring errors in the process – should I use something else? No, not really – at the end of the day, the calipers are the quickest, cheapest and easiest way to track CHANGES in body composition. And the calipers become more accurate and reliable once there is effort made to ensure as many variables remain consistent – such as the person taking the readings, the same calipers + scales being used, same technique + formula being used, the time of day (also month for females).

Also it is important to ensure there is adequate time between measurements so as progress can be noted. For some folks, the initial drop or change in body composition can be slow (everyone loses fat at different rates) and if patience isn’t displayed, people may give up on the process too early. On the other hand, if training has been consistent and diet monitored and there are NO changes in 4 weeks, something needs to be changed.

Some folks have asked about Bio-Electrical Impedance Analysis (BIA) and Tanita scales but in truth I have seen these to be even more inaccurate over the years. I worked in a gym where we had access to a Tanita scales (that cost 5 figures) and in the space if an hour it gave me 3 readings (10,12,14%). A lot of the accuracy or inaccuracy of this method is down to hydration levels and the majority of people are dehydrated constantly, so the results are going to be impaired.

The mirror is usually a decent guide – depending on the individual!! Some folks are a lot more honest with themselves than others – humans generally tend to see what they want to see, so discretion is needed here (or at the very least, flattering lighting).

As I said previously, scales can be a good guide for overweight folks as a drop in bodyweight usually correlates to a drop in body fat (this may not be the case in leaner individuals, where muscle loss is a factor in a drop in weight).

So to conclude,  there are many factors to take into account when estimating body fat percentage and often times there are too many variables to give a number through using the calipers. But again, the calipers are incredibly useful in tracking movements in body composition and letting us know if we are going in the right direction with our diet and training.

It is best to measure at a minimum of 2 weeks but 4 weeks is probably more sensible to see progress and eliminate the fluctuations seen on a weekly (and especially daily basis).

Body fat calculations / estimates will always have built in assumptions that will skew results somewhat, so there will always be some variance in the overall result. It is more important to be consistent than accurate.

I will continue to use the above formula with the calipers but my main interest is in tracking the overall number of millimetres and tracking increases of decreases in the total number over time. Performance in the gym is obviously a huge factor too – the majority of folks in the gym are training for performance over aesthetics and if a significant drop in body fat brings about a significant drop in performance, then this is something that will be addressed too.