Well our rowing challenge has come to a close! For a while I have wanted to run a fundraiser and I always felt that Aware was one charity that resonated with me and that I really wanted to get behind. The tricky part was formulating a worthy challenge and of course trying to navigate my around my own numerous injuries.

I had come up with the plan of some sort of ‘rowathon’ (the distance was never really finalised) and I had hoped to get the challenge underway in January but after tearing my meniscus, I had to put things on hold.

A couple of months later I came up with the idea of rowing 1 million meters in 4 weeks, for no other reason than it was a nice round number that evoked a certain amount of fear when you said it out loud. Initially I had thought it might be a bit much as it can take some negotiating / bribing / threatening to get people onto a rowing machine in the gym but when we got underway the spirit of the challenge took over. 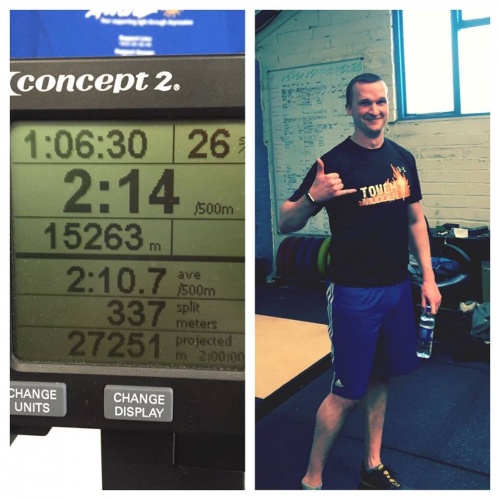 Colin doing most of the rowing himself!

It was definitely an eye opener for me – clearly the work that aware do resonated with a lot of people in the gym and it took no co-ercing to get people to row, in fact if got to the stage where we had to try and set up rosters to make sure everyone could get their requested shift on the rowing machine (and opening the gym up outside of class times – which I was more than happy to do!)

As the first week was completed, I quickly realised that our 1 million target was probably slightly modest – although I suspected enthusiasm may dwindle as the weeks went by – which it didn’t! Also out target of trying to raise €1000 euro was surpassed early on.

The whole thing made me feel extremely proud to be a part of and seeing the effort and enthusiasm from everyone in the gym solidified that feeling. In hindsight I probably could have driven things more or maybe have been more ambitious in our targets (I am thinking of the next one already) but that is all on me, I couldn’t fault anyones enthusiasm and effort during the challenge and it was great to be a part of it! 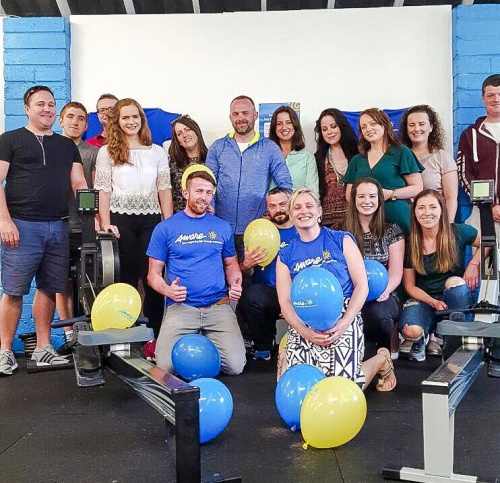 I would like to say a massive thank you to everyone that donated and of course everyone in the gym that got stuck in and helped us breeze past the 1 million mark!

Here is a link to the facebook photo album and of course if folks still want to donate, here is the link to the justgiving page.